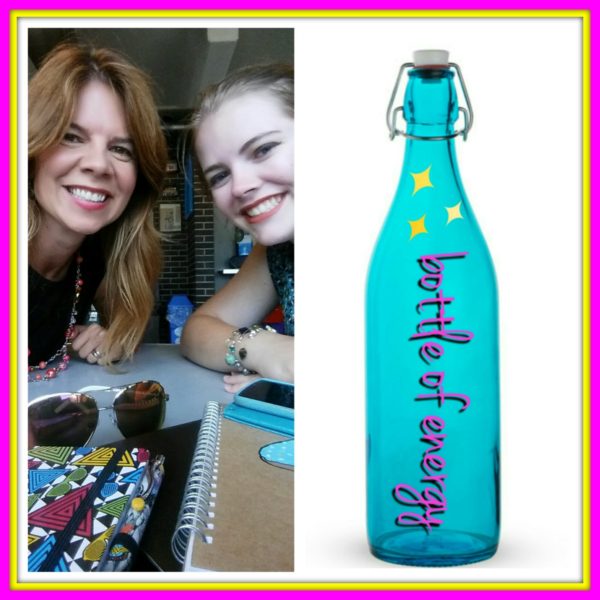 Sometimes running a small business can take a physical, mental and emotional toll on even the most positive people!

Generating sales, keeping up with employee’s needs, promoting NEW things and executing a social networking strategy are just the tip of the iceberg when it comes to what can be thrown at you in a day.

I’m not complaining but I have to be honest.  Some days I wake up with a fantastic plan and an extensive list and then none of those things get accomplished because other stuff turns up.  My day turns out being reactive instead of proactive.  It feels like I’m being defeated, and I place the blame on myself.  Why? Because I created the company and the culture.  Whatever blossoms from it is mine to handle.  Every day I have to put on my big girl pants and take care of what’s important.

This is actually great and I love it!

My own inner conflict comes from the fact that once the day is over, I need a PUSH to do just one thing on that list for the future, so I don’t feel that my plans are being cast aside or minimized.

I want to introduce you to a young woman who works at the glamjulz studio part time.  Her name is Maggie and I just might nickname her “My pusher”.  Maggie is 27 years younger than I am and she has so much energy that I think I have actually figured out how to bottle it. (I’ll explain that later)

Maggie has been on the glamjulz production line making julz for 2 years now.  Every Tuesday morning before the doors open for Treat Yourself Tuesday we have a team meeting and get everyone’s input on what the company needs.

Maggie comes to the meeting with great ideas and when I say, “That’s great Maggie, but WHEN – are we going to do it? ” She says. . . “NOW”! “We’re going to do it NOW!” And you know what? We do. . .  she brings ideas to the table and we execute them.  I fall a little behind on my “reactive” work but big plans are now falling into place.

Last Friday Maggie and I spent our first day together outside of the studio.  She trained me on Snapchat, we photographed julz on the beach and wrote an entire story about “A Day in the Life of glamjulz”

When I got home that evening, so many ideas were flowing out of me like an open faucet.  I was up and energized until 2:30am!  As a matter of fact I was drinking tea on the hottest day of the year.  I didn’t want the wine to slow me down. . . ha ha!

Sometimes we are trying to accomplish great things and feel defeated by our your own inner dialogue and never ending work commitments. That’s OK. I think it’s hard for all of us.  Look to the people who believe in you and don’t be afraid to ask them why they believe in you.

You might just get a shot of their energy that you’ll actually be able to bottle!

Love this! Youth is our future and it appears that you have a real gem!! Keep up the energy and only great things will happen

Thanks Natasha! You are absolutely correct! <3