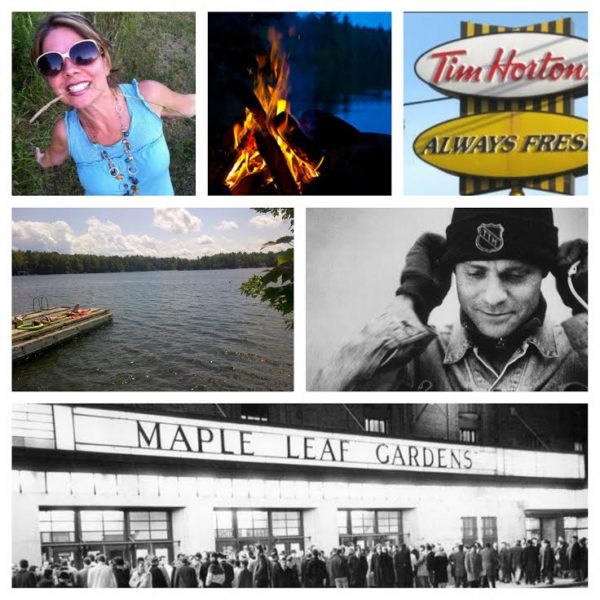 I spent yesterday celebrating my 47th birthday with friends. Feeling happy, healthy and more energetic and vital now that I ever did in my 20’s and 30’s.

At the same time a very special person sang to his fans for the last time. This man is now spending his final days on earth with family and friends and reflecting on a life that will not go on like mine will.

I’m not sure how anyone can face this type of “ending.”  I think today the entire country feels shock, sorrow, and love for the ultimate Canadian boy, Mr. Gord Downie.

I didn’t get to see the final tour but those friends who did assured me that it was authentic and emotional.  They felt a deep connection to the band as though the concert was being performed just for them.

I remember 1991 when Road Apples was released. My brother introduced me to the Tragically Hip and to be honest, I wasn’t interested. I can’t even believe I’m admitting this but at that time I had about a 10% love for Canadian Rock. I grew up in the 80’s, for me it was all about Brit Pop and classic American bands. I don’t know what was going on in my head. At that time I had no interest in giving Canadian Rock a chance, especially a band that had lyrics about hockey and Bobcaygeon. . . come on!

Tragically Hip would come on the radio, I’d listen to their songs but the love did not grow so greatly that I wanted to run out and buy an album. I went along my merry way as a true Canadian girl. Working hard for Canada Post at the time, spending weekends at the cottage, swimming in the lake, enjoying bonfires, cross country skiing, ice skating. . . you get the picture.

The day I became a TRUE “Hip” fan was one day in 1994 cruising up to the cottage with 2 of my best friends, we left late at night, stopped at Tim Horton’s for double doubles, and donuts. I still remember our outfits. Muskoka Dinner Jackets, cut off jean shorts, Dock Martins and baseball caps. That was the cottage fashion statement. As we were heading north Fifty Mission Cap came on the radio. My friend in the back seat said, “Hey what is this song about anyway?” My other girlfriend and I looked at each other, cranked it up and sang the song verbatim to our friend as loud as we possibly could.

Goosebumps rushed over me as I felt a strong sense of Canadian pride that I had never felt before. Gord Downie actually knew how proud I was to be Canadian before I even did. Suddenly Brit bands and American hits took a back seat. I realized that this country had something unique to offer, something so special that maybe only Canadians could understand and heck, that kind of made the whole thing even better, eh?

The Tragically Hip opened up my Canadian heart and next thing you know I was listening to Colin James, Big Wreck, Andrew Cash, The Watchmen, and don’t even get me started on my amazing friend Steve Eggers, frontman for the Nines. On that day in 1994 my love for music changed, my obsession became Canadian Rock.

Gord Downie I thank you for your music, for your meaningful lyrics and for expressing your love for this country as know one else ever has. You speak for all Canadians.  You will forever be in our hearts, in our flag, and fill our homeland with your beautiful songs.

um…you forgot Rush Moni…..I’m crushed….
During the concert last week, that I was so fortunate to attend, the Hip had videos of Canadian scenery…everything from canoeing to skidooing in the snow at night over a frozen lake. Beautiful vistas of pristine forests. I know many people in the audience had a memory when they saw these videos. I sure did. They really know how to embrace many facets of Canadian outdoor culture. And whether or not you know its the Hip playing a song on the radio, guaranteed you know some or most of the words of their most popular songs because they are just part of the woodwork in Canada. Their music sets the tone for a good gathering of friends even if you don’t have a 24 of beer or own a muskoka dinner jacket…..which really, everyone needs one….it looks great with glamjulz!

Catherine! This is so beautiful and very very true, the Hip most certainly is part of the woodwork. I’m so happy that you went to the show and got to experience that great energy!

As far as RUSH goes, well I think they might just deserve their own blog! Ha ha!
XOXO