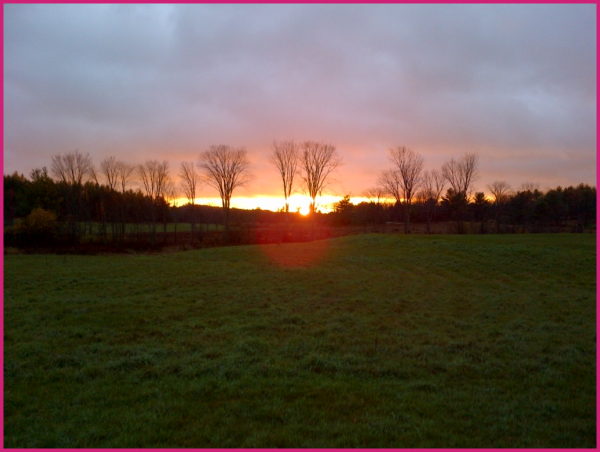 Where were you on July 20th 1969?  I don’t remember where I was but I know I was happily hanging out in my Mom’s belly for another month before I decided to spring out into the world.

Pretty soon I’ll be celebrating my 50th birthday but we can talk about that another time!  This weekend Wayne and I enjoyed a weekend with my Mom.  She told the story of what it was like to watch Neil Armstrong and Buzz Aldrin land on the moon 50 years ago.

The landing happened on a Sunday night in 1969.  My Mom, my Dad and my Oma left the cottage in plenty of time to get home and watch the landing.  They were all so excited.  My Mom, eight months pregnant, holding her belly with me floating around in my own little orbit.

The drive home was different than it is today, they lived in the east end of Toronto at the time so it was straight down Hwy 11 in their light green 1967 Volvo Station Wagon and then all the way down the rest of Yonge Street.  A quick jaunt over to the Danforth and home sweet home to watch the landing.  This drive never took any longer than three hours.

As they drove along, on that sweltering hot evening, the windows were down and the radio was on.  There was information on the news about the Apollo 11 mission and how things were progressing.  Their excitement grew and then yuck, traffic stress.  It seemed that everyone who was up in cottage country that weekend had the same idea.  Cottagers had to get back to the city, to their televisions, where they could watch the landing.

As the traffic got worse, their stress grew but then announcements would come on the radio to let people know the landing was  constantly being delayed.  They arrived home a couple of hours later than planned but the timing was perfect.  They walked into the house at 10:30pm and turned on the TV, they were soon united with Walter Cronkite and the rest of the world.  At 10:56:20 pm ET Neil Armstrong took his one small step for man and one giant leap for mankind, his first step on the moon.

The whole world was able to watch this miraculous achievement because it was broadcasted on television, another HUGE achievement in itself.  Just imagine, at that time, hundreds of millions of people on earth all watched a man walk on the moon, 238,000 miles out in space.  Everyone who tuned in that evening had a virtual experience. In third world countries streets, town squares, arenas, football fields were filled with masses of people watching one or two televisions. They were all on the moon with Neil and Buzz.  My Mom says,  “Your Dad and I never looked at the moon the same way again. “Fly me to the Moon” was no longer some farfetched, imaginary, romantic love song.”

As soon as my Mom said that I thought of how wonderful that moment must have been for them.  On Saturday night as my Mom told the story I could feel my Dad’s big smile. He’s playing among the stars now and watching my Mom from above.  What a special night July 20th was and must have been.

Stay tuned to a very special glamjulz announcement on July 25th!  We’ve been teasing you for a while now and you’re going to LOVE our surprise!  XO