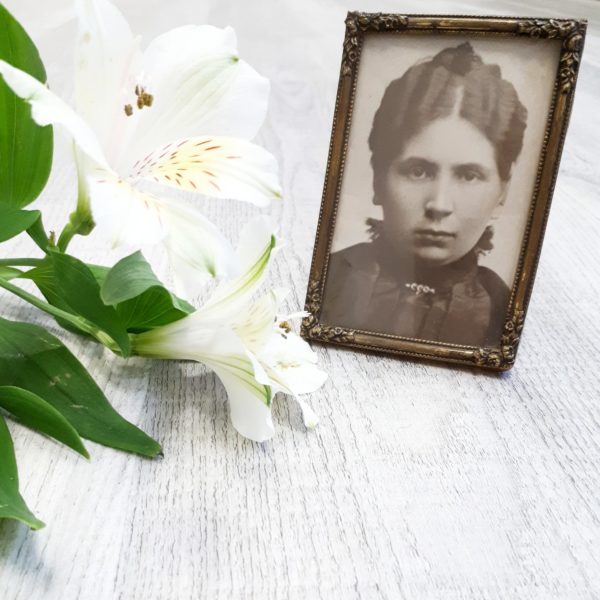 You know how much I love to write about my family and the strength that they give me.

Today I wanted to share a story with you about the powerful woman who I was named after in our family.

Her name was Monika Eydis Normann.

For those of you who are unaware, my maiden name is Normann.  The oldest northern European family name in existence dating back to the 1400’s.  The name originated in Norway, meaning man from the north.

Because the name is the oldest of all northern European names our family is fortunate to have the most incredible family tree.  If you feel like reading a 50 page blog I can tell you all about our family and how they originated in Norway and ended up in Germany.

Sigh, perhaps another time, for now let’s focus on Monika . . .

Monika was born in 1769, she was born in the Norwegian town of Luksuriøs in a beautiful castle.  Yes, Monika was the Duchess of this enchanting region.  She was given her first name Monika, meaning advisor and her second name Eydis after the ancient goddess of good luck.  These names were given to her for a very specific reason.

During this time in 1769 the town of Luksuriøs was not as thriving as it had been the decade before.  This town employed 500 people to run their lucrative diamond cutting industry.  Every month ships would arrive from Nizhne- Lenskoye in Russia to the shores of Luksuriøs where thousands of diamonds would be delivered.  The people of the village were talented artisans who learned from generations before to cut and set diamonds in jewels and armour for wealthy and royal families all over Europe.

In 1765 the Russian Tzar and the King of Norway got into a disagreement over tariffs imposed on the imported diamonds and trade came to a halt.  This news was of great shock to the village.

The village of Luksuriøs had enough of a cash reserve to keep them afloat for a few years.  By the time Monika was born there was only enough reserve to last another 5 years.  Meeting after meeting was spent discussing how to open communication again with Russia but nothing progressed.  The village people were depressed and could not find a solution to preserve their livelihood.

One sunny day on August 20, 1774 little Monika celebrated her 5th birthday.  Her mother scolded her as she came to the dinner table that evening with black stains all over her pretty pink dress.  Monika smiled at her mother and took her hand. “Come with me Mama, I have something to show you.”  Monika lead her Mother through their garden filled with Lilies of the Valley.  The smell of these flowers was intoxicating and Monika always believed they grew along a path of fairies and magic.

On this special day when Monika took her Mother’s hand there was magic at the end of the path.  The path went on and on for several feet past the outer wall of the castle.  The magical Lilies of the Valley had formed a fairy ring around a black hole in the earth.  Monika was leaning over the hole earlier that day hoping to catch a glimpse of the fairies.

Monika’s mother shrieked with joy!  Her darling little girl, the advisor and goddess of good luck had found a coal mine only steps away from their property.

The next day the village people began mining coal, the day after the village reserve had run out.  They sang and danced for the blessings of their good fortune!

The miracle of this discovery did not stop there!  That evening Monika’s father lifted her high on his shoulders and she ceremoniously threw a piece of coal into the fire!  Another fairy ring appeared and this time it was real fairies, catching perfect diamonds as they exploded from the coal.

Too good to be true?

April Fool’s everyone!  Did you fool anyone today?  Tell me all about it in the comments below!

I would like to thank Tara MacIntosh my creative writing teacher who has taught me how to stretch my imagination and have so much more fun with writing, and also our very own Maggie here at glamjulz.  Maggie is a history buff and was able to keep me somewhat on track with my historical facts!  ha ha!

True or not, you’ll always be royalty in my books!

Pam!! You are too kind. One appreciates ones comment!

This is an AMAZING story……..I can see the Children’s book jump right off the page!!! I loved it and I’m so happy that you have found new inspiration in your stories 🙂 xoxo

Tara!! I think everyone should take your course!! Life just becomes more magical when you can write stories!! XO