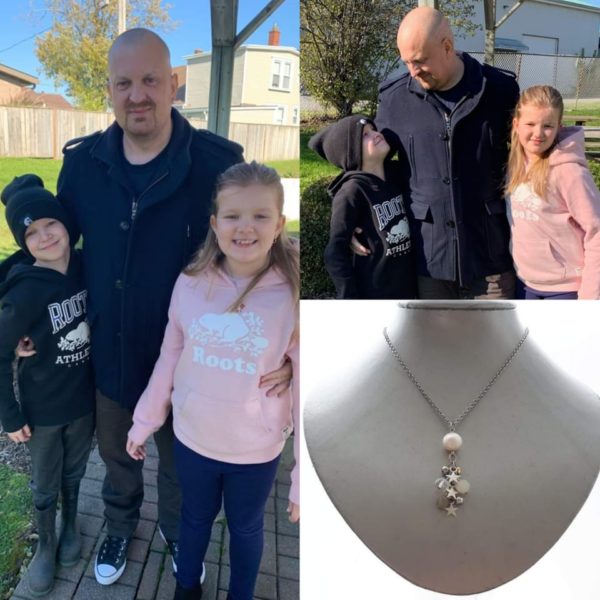 Meet Paul Robinson, a 44 year old single Dad who lives in Fort Erie Ontario.  Paul has two beautiful children, Grayson who is 10 and loves his puns and 8 year old Hadley who has the kindest heart that Paul has ever known.

Paul hoped that one day he would see his children get married and start lives of their own.  Today he prays that he will make it to see them graduate.

In January 2017 Paul was diagnosed with a low grade brain tumor which was cancerous.  He knew something was wrong one day on his way to work.  He was in the far passing lane when he started to lose consciousness.  His vision was closing in and all he could do was signal and cross three lanes of traffic to get off at the last exit heading eastbound before the Skyway Bridge in Burlington.  It was a miracle that he did not kill himself or someone else.

After his diagnosis he underwent an Aware Craniotomy to remove his tumour.  Things were looking hopeful as the surgeon was able to remove the entire tumour.

This past June Paul received heart breaking news.  The tumour has returned and microscopic tentacles from the tumour have grown into his brain tissue.  This time surgery cannot remove the entire tumour because of its location.  The only solution is radiation and chemotherapy to try and shrink it.  Paul is facing the horrible reality that the cancer is more aggressive this time and the treatment may not be as effective.

Paul has a high grade brain tumor now. He has undergone six weeks of radiation and chemo treatments at the Sunnybrook Odette Cancer Centre in Toronto. Regular MRI’s are scheduled to assess the effectiveness of the treatment and whether or not the tumor has grown.

Paul has had stress financially making ends meet as he had to take 3.5 months off from work. This was extremely difficult to manage. He was traveling to Toronto every week, living in a hotel on his own while getting radiation and not being able to see his kids at all.  The outlay of money for parking, treatments, hotels and time missed from work have left a heavy burden for Paul to carry.

Our wish for Paul is that we can help him to cover some of these expenses and perhaps even raise enough money so that he has the choice to devote most of his time to his children.  Right now he spends the majority of his time at work as well as worrying about making ends meet.

Thank you so much, Paul Robinson for sharing your story and for being this year’s Three Little Wishes family.  The glamjulz community is here to support you in any way that we can.

Dear friends, with your help, we are able to make a huge difference in the lives of families suffering from the financial burdens of cancer.  Please consider our 2021 Three Little Wishes Necklace as part of your gift giving this holiday season.  Click HERE to order now.

Other than buying the necklace is there other options to help Mr. Robinson with his expenses? A direct donation. Go fund me page? Thank you.

Hope and pray for him and family.