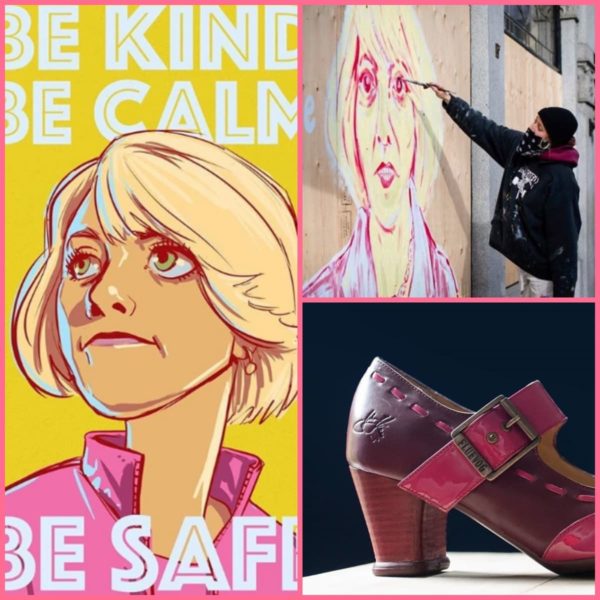 A months ago I had no idea who Dr. Bonnie Henry was.  In case you need an introduction she is British Columbia’s provincial health officer.

Dr. Henry has been a voice of reason and hope for Canadians, using phrases like be kind, be calm and be safe as we work through this global pandemic.

Dr. Henry was first noticed by many Canadians when she broadcast a video with instructions from her hairdresser, where she coloured and cut her own hair.  She sent a message that she would not go against her own restrictions and visit a salon.

“She is an example of grace under pressure — of honesty, straightforwardness, empathy and communication,” former colleague Dr. Perry Kendall said in an interview. “I don’t think I could have done the job as well as she’s doing.”

Dr. Henry’s years of experience in pandemics is vast.  Since 2000, she has worked with the World Health Organization and UNICEF on a polio eradication program in Pakistan.  Then she went to Uganda, to help combat an Ebola outbreak.  She also worked in Toronto on the front lines for SARS.

So far, B.C. has been the most successful at flattening the curve.  Dr. Henry credits her world wide experience as being what has helped her to navigate through this crisis.

Dr. Bonnie Henry and her efforts have gone viral!  She is a Canadian superhero.

There has been an incredible response from artists who are so grateful and inspired by Dr. Henry’s success.

A ballad has been written by Paul Dwyer called, “The Ballad of Bonnie Henry”, University students Abi Taylor and Emily Carr took turns painting a mural of Dr. Henry on a boarded-up window in Vancouver and Ed Chee, story board artist, created beautiful Fan Art of the doctor including her positive messaging.

Dr. Henry herself has an artistic flair in the way she dresses.  Most of her outfits are finished with a pair of John Fluevog Shoes.  Fluevog is just as big a fan of Dr. Henry as she is of his.  Last week he released a limited edition pair of pink pumps in honour of Dr. Henry and as a symbol to all of the front line health care workers who are putting their lives at risk for Canadians.  Proceeds of the sales from these beautiful shoes will go directly to Food Banks BC.  The pink pump has been a huge success, they were sold out in less than a day.  Fluevog also announced that when his heel maker heard about the cause he decided to donate all of the heels.  Fluevog says, after factory costs are paid the rest will be donated to the food bank .

What an amazing country we live in.  To have an incredible health officer like Dr. Bonnie Henry, citizens who are abiding by her recommendations and flattening the curve, artists who are honouring her with their talents and a 50 year old shoe company who is giving back to it’s people.

Do you have an extraordinary woman you want to celebrate in your life?  I have collaborated with two other entrepreneurs and created the “Extraordinary Woman” gift box.  We have created 60 of these boxes and they will be available until May 1st.

Hmmmm, I think we need to send one to Dr.Henry!  What do you think?

So right Monica. It is inspiring to me that many of the strong knowledgeable caring voices on the front line of the pandemic are women. I hope this encourages young women into the sciences.
I was on my phone and my laptop trying to buy a pair of the Dr. Bonnies. There were only 200 pairs. The demand broke the internet!
I wasn’t successful so I’m hoping Fluevog will consider designing a red pair for Dr. Tam.
Llana