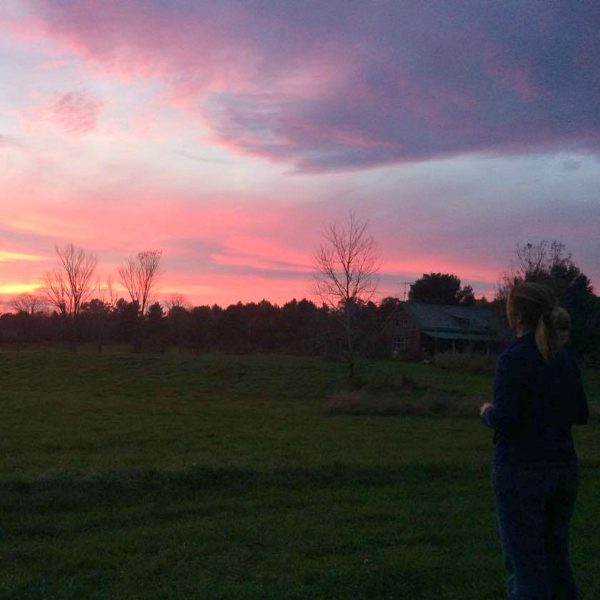 On October 15, 2017 Alyssa Milano posted a message on her Twitter account encouraging women who were either sexually harassed or assaulted to post Social Activist Tarana Burke’s #metoo as a status update.  Her motivation was to bring to light how many women are affected.  The movement for #metoo went viral and hit all social media platforms hard, not just twitter.

Her inspiration came from Harvey Weinstein, American Film Producer, getting thrown out of the Academy of Motion Picture Arts and Sciences for sex crimes against women in the movie industry.

Last week I saw my Facebook feed fill up with #metoo status’.  The numbers were astounding and I was shocked.  As a close friend to many who posted I know several of the stories behind the #metoo ‘s.   I was overcome with emotion and admiration for their bravery.

My hesitation to participate was because of the pain I felt for the women in my circle who had posted #metoo. I compared my story to theirs and I felt that they should be the ones to stand out and be heard, not me.  The suffering which these friends have endured was far greater than mine and how could I post my story beside theirs?

Now that I have had a couple of weeks to read about the movement and hear stories of several other women I have a different perspective.

Talking about issues, opening up and sharing our feelings is what helps us to heal and overcome our deepest, darkest fears.  It is important that we feel safe and some would argue that we don’t need to do that publicly.  No we don’t, it’s an individual choice.

For those who that have shared privately and publicly I am grateful for their candidness and bravery.  Their stories have in turn helped me to feel stronger, braver and if I’d heard them when I was younger they would have helped tremendously to lift my irrational feelings of fear and shame.

I am also sensitive to the fact that although sexual harassment and assault affects women, it is also important to recognize that there are many men who have been affected as well.  I think we all need a voice in this movement.

My story is about one incident that affected my self-esteem and self-worth.

When I was 8 years old my brother and I were running through the sprinkler in our backyard.  My parents were around doing yard work and we were all together.  The neighbour’s gardener was next door and motioned me to come over.  I said to my brother.  “Come on, let’s go” The man said, “No, not your brother, just you.”  The man took me to the side of the neighbour’s house and made an attempt to remove my bathing suit.  I can’t remember the rest, I have no idea if he touched me, if he exposed himself, when I think back to that day all I remember is how I felt when I walked back to my own house.  Ashamed, confused and guilty that I had done something to provoke this.

The man continued to harass me.  He followed me home from school and watched me from a distance.  I have diary entries from when I was a kid, hoping that my teacher would make masks with us in class so I could cover my face.  Eventually I started asking random high school girls to walk me home and my parents thought it was cute.

My parents were loving, kind and open.  I could talk to them about anything but my 8 year old brain could not wrap her head around how to talk about this.

Once I got to high school and my friends started dating those fears re-surfaced.  Just the thought of kissing a boy or holding hands made me nauseous to the point where I had stabbing stomach pains that kept me home from school.  My parents took me for one test after another and the doctor found that there was nothing wrong with me.  It was then suggested to me by my GP that sometimes the body reacts painfully when it’s under stress.  At the young age of 16 this was a new concept for me and I knew it was time to tell my parents what had happened.

Our next step was for me to meet with a child psychologist.  That ended when she suggested in the second session that I would be cured if I just kissed a boy.  Great advice, lady!  Sheeeeesh!

Later, through much better therapy I learned that my fear of dating, kissing, intimacy came from the fact that I felt I did not have control.  I was afraid that even if I said no, nothing would change or stop.  I was living with a victim mentality.

I had my first kiss at 18.  The boy was amazing.  It was a magical experience and all I wanted to do was kiss him for hours on end.  Our relationship only lasted about a week or two but he helped me to realize my self-worth.  He made me feel special and he adored me for who I was, respecting my limitations.  This boy was actually the best therapy.  It’s kind of ironic how that first insensitive child psychologist was right in her advice but her delivery was all wrong.

The men that I have in my life are all kind and loving.  The man I chose to marry protects me, honours me and trusts me.  I come home to a safe place every night.

I decided to tell my story because I want parents to talk to their children about being careful and setting limitations.  I want young boys and girls to learn how to say “No” as soon as they can put the words together.

I also want every woman and man to believe in themselves and believe that they have the power to choose a partner who loves them, respects them and honours them.

By continuing to share our stories I believe that we will uncover solutions and answers to prevent future incidences and to heal what has already occurred.

Monica, your authenticity and openness to be who you are and share what makes you YOU, makes me want to spend even MORE time with you!! Thank you for letting us in, just a little more, into your life. Love and light. xo

Lucy, thank you so much. You are an important friend to me <3

Your story is one that is important to women everywhere and I’m so glad that you decided to share it with us. It breaks my heart that you had to experience such pain and that everyday people still have to endure things like that in their lives. I hope that you continue to share your story and that you never stop believing in yourself … you are one INCREDIBLE woman! Keep on sparkling !! Love you tons XO

Thanks Natasha! You love and support means a great deal to me. <3

You are such a beautiful human being inside and outside. I am sorry you went through what you did and also angry for you. And I am also glad you have shared your story and have allowed the platform to be for both men and women. You are an inspiration as always. Lots of love and light to you.

Thank you Tahira. I’m very happy that you appreciated that I included men as well. That was important to me. <3

It hurts me to read what you went through. No girl, boy, women or man should experience this behavior.
You are an amazing, strong and determined individual and that is what makes you – you! Beautiful! xo

Oh Monica. I am saddened to hear your story. Especially for the small you who had to struggle to comprehend the situation and try to process it.
There are too many #metoo stories from all genders and orientations. But when brave people like you share your stories you shine a light for everyone who is still working through their own.

Llana I appreciate this comment so much. Thank you <3

You are strong and that person was not. He has no power any longer.
and, I’m sorry, but f#@k him. Need a big stick right now.
My mom and aunts told me how hard it was if a woman wanted to work in their generation.
It’s so hard to be a person. Why?

Thank you Terry! So many unanswered questions. I’m so happy to have your support <3 Your Mom and Aunts paved the way for us <3

Thank you Kim. Love you tons ❤

Inspiring sweetly told story, must have been a painful secret 4 someone so young …heartbreaking yet it could’ve been worse , thank God u were smart enough 2 surround yourself with friends

Your story is certainly as valid and important as every other story. I love you true, honest, authentic way of sharing Monica. That’s what makes you such a special, bright star in all of our lives. You walk the walk and lead by example. So so glad you found the healing you needed. ❤️

Vanessa!! Thank you so much for this!! It really means a lot <3

wow Mony had no idea and so sorry that you had to experience this…thanks for sharing such a personal but inspiring story.

A very courageous post Monica….. one that I am sure will help many, as you have not just spoken of the event in question but also of the way out and forward….. I especially appreciate your mentioning that men are also affected by this as well. All too often men and boys are pushed into the shadows by the current societal approach to me, and publicity around abuse of woman – remember this approach of shame happened to woman in years gone past. At present data shows more woman are affected – however woman are many times more likely to report it then men/boys, so the true numbers are not even close to being known. Regardless: abuse is abuse….. all of it should be addressed and none should be marginalized be it: men, woman, boys, girls, or the elderly. Let’s make sure all feel comfortable seeking any assistance they may need – be it a safe place to escape to or a kind shoulder and ear to listen.

“I also want every woman and man to believe in themselves and believe that they have the power to choose a partner who loves them, respects them and honours them.” Very well said Monica, as is the entire post!

Michael! Thank you for your bravery posting here! The points you raise are valid, equality and respect for all is the most important thing we can do!! <3